Lifecycle of an API

Lifecycle of an API 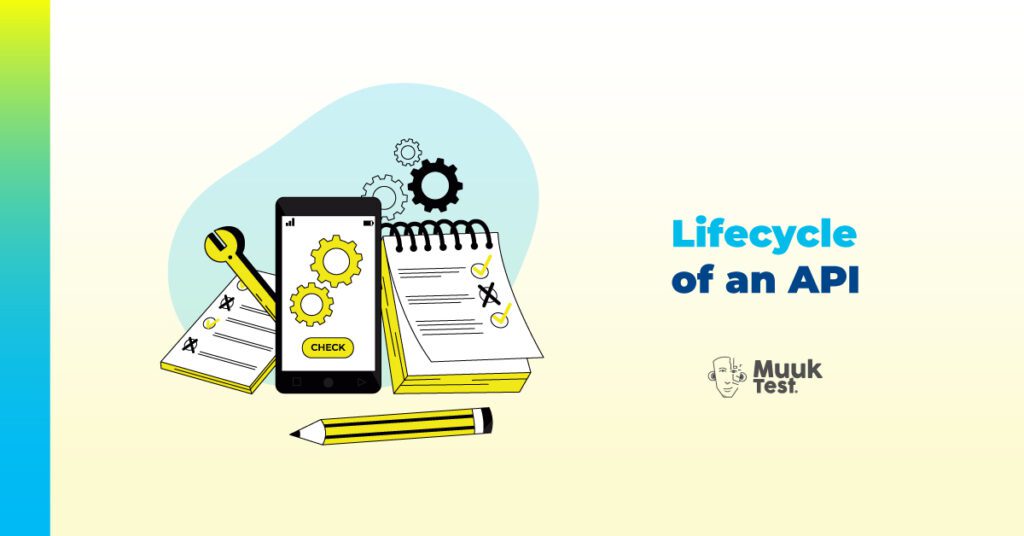 Due to the evolution of the API-first companies like Stripe, Shopify, or Twilio, there has been a lot of attention to APIs in recent times. Thus implementing/adopting those APIs requires a disciplined skill set. It’s not just a single-day process; it’s a commitment toward it.

Everyday “n” number of APIs are created around the globe, and getting to know more about the API lifecycle and relevant processes helps to design better APIs. All the API stakeholders should be aware of the entire lifecycle process. API lifecycle management considers the end-to-end process from planning/creating the APIs to the maintenance/retirement. The API manager is a part of all phases and manages the lifecycle.

API lifecycle phases depend on your API Architecture, but the basic flow remains the same. So let’s get to know more about it and try to understand where API testing fits in.

Based on the traditional approach, below are the 6 phases of the API. Let’s see each phase in detail: 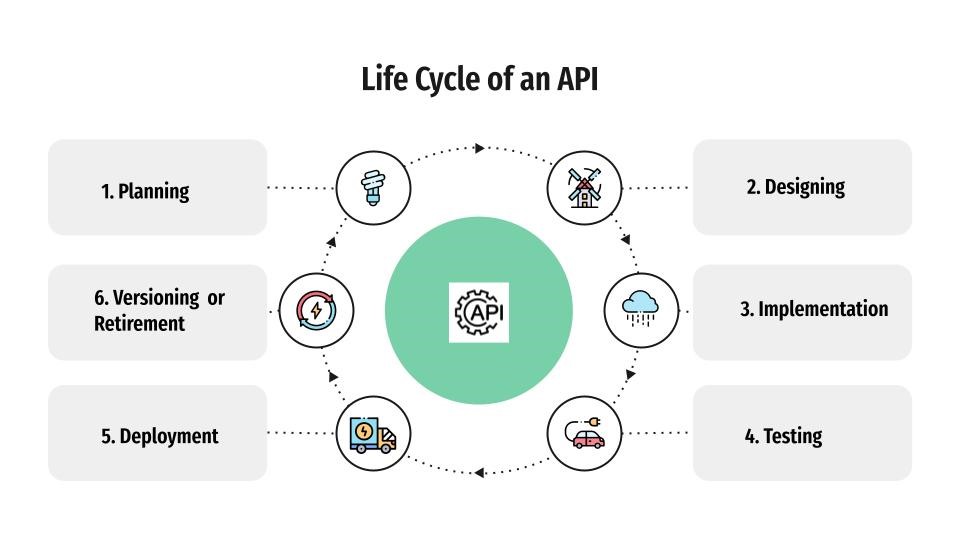 This is the first and basic step for API development. This is similar to the requirement-gathering phase in SDLC. Multiple stakeholders discuss here and conclude the few important factors related to the API.

Answers to these questions will help the developer proceed with the design.

During the design phase, it’s good to have complete knowledge of the purpose of the API. A draft API is designed, and that helps to verify with stakeholders before developing the actual API. This phase defines the sample endpoints and the sample responses. Mostly it will be the mocked sample responses.

This is the actual development phase of the API. First, developers will add the endpoints and the operation methods to the schema. Starting from the version, URL, path, prams, responses, response codes, headers, authentication type, and error codes are configured in the API builder or some specific IDE based on the language used. Once the complete endpoints are ready, the developer can generate the API documentation or manually give all the endpoints to the Testing team.

Unit testing by developers is performed in this phase. Official testing is started when the developer provides the endpoints of the API. Now the API testers can go ahead and start testing the API endpoints by adding the assertions and verifying the behavior. Extensive testing is performed to detect the bugs early. Under API testing, different validations are performed to verify the performance, security, functionality, and load.

The CI/CD pipeline is created here, and the APIs are integrated with them. This ensures seamless automation in the production environment. If there’s any API gateway integration, it is done in this phase. The complete end-to-end flow of the API is taken care of. If we have any dependency on third-party APIs, that is also carefully implemented here.

Once the API is deployed into production, it can go through two states based on the needs.

Versioning: If the API stays in place and the enhancements are done based on the application changes, the API is versioned to track the changes. Proper versioning is a good practice, and this helps in debugging.

Most of the APIs are published after this, and some can be monetized. Exposing the APIs to the market can bring you revenue.

Why is API Testing important?

How is API Testing different from GUI testing?

In API testing, we cannot feel the application’s front end. Also, the approach is a bit different when compared to front-end application testing. However, all the Testing artifacts are similar, with slight modifications. Here, the requirements will be the API endpoints and their sample responses. This helps us to proceed further with the Test scenarios and Test cases.

You might wonder why suddenly there’s so much importance to API Testing. APIs have been in place since the late 1990s. Mostly it began with web services. Salesforce released its first API in 2000. And then, slowly, Amazon, Flickr, Facebook, and Twitter started developing their APIs and publishing them.

The APIs have been used heavily for connecting multiple applications, reusability, third-party integrations, and many more in the last ten years.

Right now, we know the lifecycle of an API and where the API testing fits in. We hope this will give you an aerial view of your APIs, and let’s meet you all soon with another set of interesting content related to API.