Automated Regression Testing: What it is and How to Do It

Automated Regression Testing: What it is and How to Do It 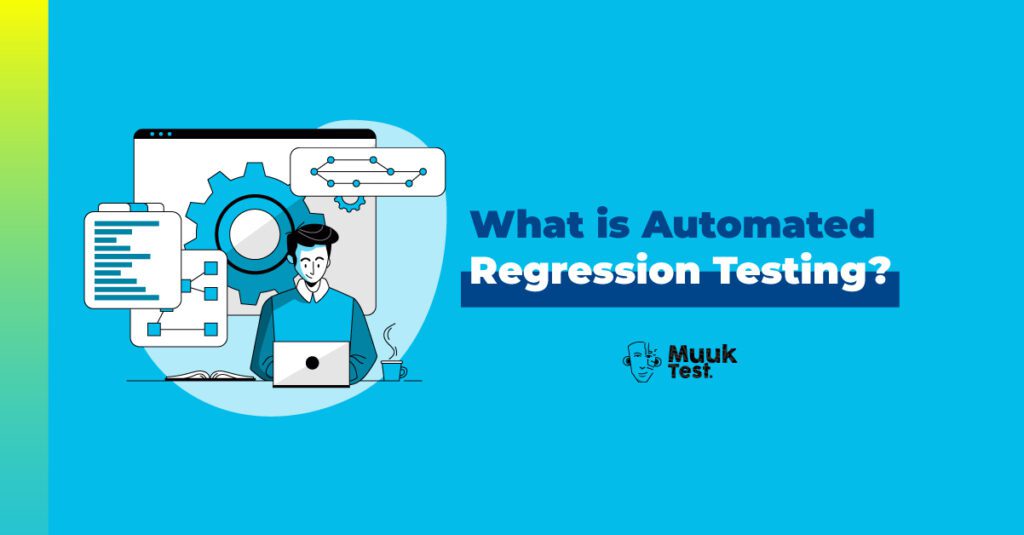 Automated regression testing can help to eliminate human error and ensure that every change is thoroughly integrated. It also saves substantial amounts of time and energy and will even boost the morale of your dev team.

Regression testing is a type of software testing that aims to find and eliminate bugs in newly developed features or in old features that are being reintroduced into the new working software. The term “regression” comes from the idea that the test prevents a reversion to a previous, known state.

Regression testing may be done before or after a software release but is performed whenever changes or bug fixes are implemented to the software that may affect its functionality. These can be changes to code, added functionality, or changes to the environment.

The goal of regression testing is to make sure that the software still performs as expected when it leaves the developer’s hands and that any bugs that may have been introduced during the software’s lifecycle are detected and fixed.

So, regression testing in software helps ensure that your changes won’t harm the rest of the software going forward. Unfortunately, it’s a lengthy, repetitive, and tedious process and tends to be considered a necessary evil, though it can get overlooked.

Different types of regression tests are applied depending on the cause of the requirement.

As it may seem, this can become very complex and resource-intensive. Because of this, it’s easy to make mistakes or lose consistency with regression testing. However, automated regression testing can go a long way to reducing that headache.

Regression tests are expensive and time-consuming processes. However, automated regression testing can significantly increase the throughput of your tests and reduce the risk of making catastrophic mistakes. It also has several other benefits:

How to Automate Your Regression Tests

Writing automated regression tests is a great way to increase the efficiency of your regression, but how do you make those tests run? Here are the four main steps in the automation process.

First, it’s necessary to outline the specific component that will change, and to what extent, then identify how the change will impact the system and any regions it will affect. Risk assessment is useful at this stage, pointing out all the ways in which the change could cause harm to the application.

This is easier said than done. Once you know what you’re testing, it’s best to develop a testing and reviewing strategy – something that we will go into a little more in the next section – but with this in place, it’s time to write the tests you want to automate. Once the tests are written, they must be assigned to execution scripts for automation. This will be your test suite.

If your reporting system is well designed, it will be flexible enough to handle high-frequency testing. This is the time to figure out how well your tests are designed and whether they can be reused. All this information will be useful in the next stage.

At the planning stage, you should have decided on all the metrics you will use to assess the success of the testing. For example, did the test achieve what you wanted it to achieve?

There can be additional steps in between these, and your process may be slightly modified to fit your specific needs, but typically the process follows these stages. To do it right every time, however you choose to do it, follow some standard best practices.

The list of regression testing automation best practices can be almost endless, depending on whom you ask. Fortunately, we’ve condensed most of them into four useful pointers, which, when followed, should boost the power of your test data and tests themselves.

In the planning stage, decide on your execution script language, gather data, plan the time the process will take, and have a design for the review stage afterward. Finally, decide on how many iterations you’ll be running.

Run tests you know will fail.

Tests that are meant to fail are just as useful as tests that you expect to pass. Therefore, it’s important to make sure the code fails as it’s supposed to. In the same manner, repeat tests that succeed. However, tests may not produce successful results the same after multiple iterations, and if that’s the case, you need to know why.

Have a solid foundation

One of the best practices for regression testing automation is to make sure your test data are substantial and accurate. Test quality increases significantly with an increase in the quality of your test data. Therefore, strong data preparation practices should be implemented in the planning stage.

The volume and variation requirements for regression test data are very variable, so it’s useful to maximize both for your libraries to function optimally.

The importance of agreed-upon and appropriate metrics to assess the testing process and quality cannot be overstated. Spend extra time in the planning stage to build a review framework that you can efficiently rely on and use to improve future iterations. Regression testing automation will speed things up, but it will still take some time to perfect the process.

This is an important skill to learn for any stage of development, but it greatly improves the efficiency of testing and, with continued improvement, will build an automation regression testing toolbox you can rely on.

Regression testing automation takes away the majority of the hassle from regression testing. In addition, it can reduce errors in the process while freeing up time to work on more exciting areas of development.

Though automated regression testing speeds things up, it’s not a totally hands-off approach. However, planning and following some best practices can vastly improve your regression experience and results.