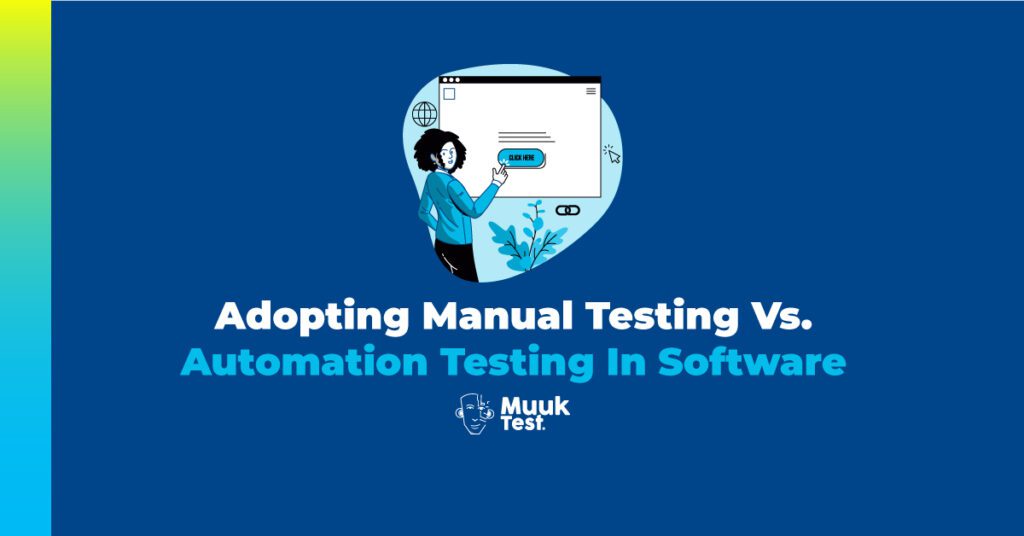 If you’re looking to speed things up or you want to make more efficient use of your human resources, you might consider automating more of your testing. In actual fact, it’s becoming increasingly impossible to develop software without extensive automation, and the strengths of this approach have led to faster, more accurate, and more secure software for developers from every sector.

However, manual testing still has a critical role in development, and knowing where and how to use manual testing vs. automation testing is the key to leveraging the strengths of both to improve your product. So how do you tell which one is best? A good place to start might be the differences between the two.

Knowing which type of testing to adopt starts with knowing what each type does, so let’s get straight into some definitions.

Manual testing, as the name suggests, is the process of checking, by hand, that a piece of software does what it’s expected to do. Manually testing software is a hands-on approach to testing, from the creation of the tests, through their execution and reporting the results.

Test cases in manual testing are executed without the use of automation tools and are usually simpler, more fundamental tests that take longer to complete. As with most testing, the goal is to ensure the software works as expected, is error-free, and is up to the quality standard expected of it.

Automation testing, on the other hand, is a method by which testers make use of scripts and tools to run tests automatically. Although these tests serve the same purpose of catching bugs, ensuring functionality, and all the other goals of manual testing, the automation software handles a lot of the work so that the testers themselves need to spend less time running the tests themselves.

This is a significantly faster method than manual testing and can also offer wider coverage. This might sound like it solves most of the problems of testing; however, there are plenty of areas in which automation isn’t a good idea. To help you get a feel for which one should be used when let’s now look at the pros and cons of both approaches.

There are times when automation is useful and times when it’s better to have a human involved. Knowing where and when to use either testing method comes down to understanding its strengths and limitations. Let’s start by looking at the pros and cons of manual testing.

This is why manual testing continues to play a significant role in busy and continuous testing development processes, despite the rise of AI and the growing capabilities of automation. Where testing needs a personal touch, or when it needs to be done briefly and seldom, manual testing will be better.

Automation testing comes with its own benefits and drawbacks too. Here are some of them.

So, it’s starting to become clear already where the strengths and weaknesses for either type of testing might come in for different testing requirements. Manual testing has a human element to it that can be a strength and a weakness depending on the context, and automation is fast and accurate. Still, it might not be a cost-effective or flexible enough solution in some other contexts.

Now, let’s look at more specific cases to help us hone in on precisely when and where to adopt either approach.

When to Use Manual Testing Vs. Automation Testing

This human element we’ve mentioned is a good place to start when considering where to use manual testing. One of the biggest strengths of manual testing is its ability to focus closely on the task at hand and (especially when the tester is experienced) respond well to the nuances and potentially unexpected outcomes of the test process.

The slower nature of manual testing also means that it’s best used for tests that don’t need to be repeated a lot. On top of this, it can actually be faster to set up and execute a couple of manual tests than prepping a full automation suite. With that in mind, manual testing is great for both exploratory and usability testing of software.

So, usability testing and ad-hoc testing (tests that are required to be run without any planning or documentation) are all great candidates for manual testers.

Now for automation, tests that are repetitive and high-frequency are much better candidates. Unit tests, for example, in which individual pieces of code are tested in isolation to ensure they’re created well, are one of these tests that sometimes get overlooked due to how time-consuming it can be to run them manually.

As such, this makes them perfect for automation. Unit tests should be run regularly and often and will involve test cases that rarely change, all of which are all good criteria to suggest using automation testing.

Another example would be integration testing, in which pieces of code are checked to see that they communicate with one another correctly. These tests are run after unit tests and can check to see that each functioning unit now works as a part of a larger group or module.

Finally, tests that can be used to assess the performance of an application, such as load testing and stress testing, can all be run with automation. These are low-risk, high-repetition tasks that are exactly the kind of tests that automation is designed for.

Some tests are certainly capable of being automated, yet they shouldn’t be. Some tests that are needed in a hurry and/or will only need to be run once or twice every now and then are not going to be good candidates for automation. However, in cases where there aren’t enough testers to go around, automation might be one way to meet deadlines.

The future holds a lot more promise for test automation in terms of the complexity and the coverage it will be capable of. AI assistance will contribute to deeper, more thorough, and better-automated tests, but there will always be a need for a human presence in the form of manual testing.

Knowing where to use manual vs. automation testing is as much about knowing the limitations of either as it is about leveraging their strengths. Picking the wrong approach can cost a lot in both time and money and, at worst, jeopardize the quality of your product.

Automation speeds things up and can improve coverage, but it’s rigid and expensive to start up. Manual testing takes longer to run but is short and sweet to get going and can spot things that are unexpected as they arise. It’s also the only way you’re going to know if your user interface hits the mark from the perspective of a customer before they interact with it.

Knowing these differences will get you most of the way to understanding whether to adopt manual or automation testing at any stage of your development.