Benefits of Measuring Test Automation ROI (And How to Do It)

Benefits of Measuring Test Automation ROI (And How to Do It) 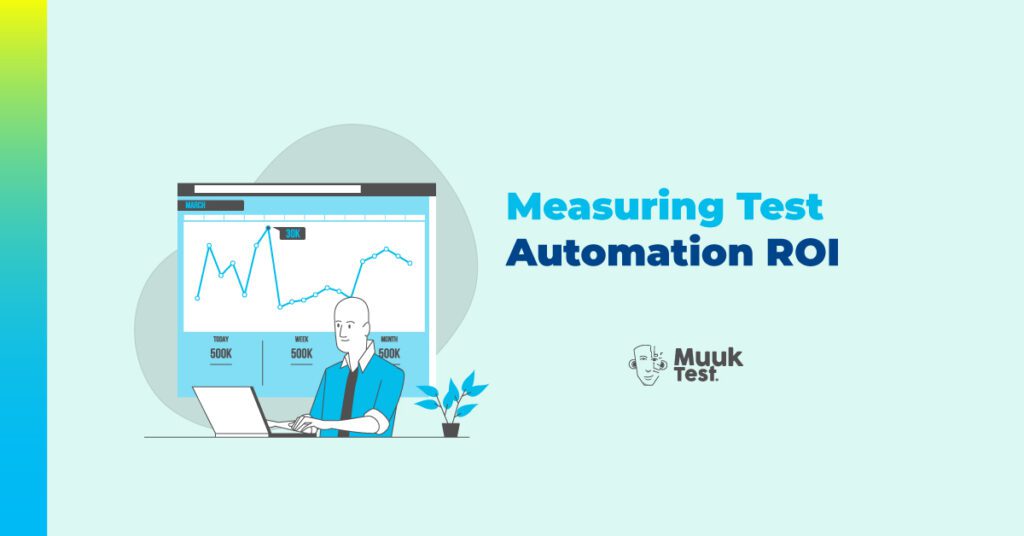 Test automation is rapidly growing in popularity, allowing more complex software to come out faster and better than before. Automation cuts costs, saves time, and improves the accuracy of many tests, but it’s not a universal fix for all cases.

There are weaknesses to automated tests that increase risk and often would not make a positive return on investment. To find out whether this is likely for any given test case, you’ll want to run an ROI calculation. This should provide you with value for the ROI on your test automation and tell you whether to go ahead.

You’re in the right place if you want to know why or how to run that calculation.

What is Test Automation ROI?

Continuous improvement, coupled with modern testing regimes, has led to a huge step up in test automation across various stages of development. Further, more complex software and its requirement for more strenuous and thorough testing practices have put pressure on automated testing to maintain quality while meeting time-to-market expectations.

As a result, automated testing is on the rise, both in volume and complexity, and while it’s saving many developers time, it’s also cutting costs when used correctly. However, not everything should be automated; in some cases, automated testing does not provide a return on investment.

When used correctly, though, automated testing allows faster and more successful integrations, more test cycles, and general improvements to the QA’s robustness. Still, it’s not a solution to all development problems and could cost more than it saves if misused.

Finding out your automated testing ROI allows you to figure out if automating is a good idea and, if so, how long it will take to make a return on your investment.

To find out either of these, you’ll want to be able to calculate the return on investment or ROI. Automated test ROI is, therefore, a measure of this return. It’s calculated based on several metrics and can provide the information you need to decide whether to implement automated testing at specific points along the development process.

In any business, ROI is typically expressed as a standard of monetary value. Still, it’s worth remembering that value, especially when there are many stakeholders, can be more subjective than a financial figure and, particularly in SaaS, often relates to customer experience as much as it does to profits.

However, these subjective values aren’t something we can measure on your behalf, so here are three of the most important metrics that should be standard for any ROI calculation:

Bugs – The number of bugs returned should indicate the efficacy of the automated testing process and can be a signifier of quality.

As you can see, the return on investment could be depicted as financial, time-saving, or quality-based outcomes. For ROI, we’re probably looking for a specific number, so how do we get from these metrics to that figure?

How to Use a Test Automation ROI Calculator

The simplest form of ROI calculation compares the cost savings to the investment costs. But, again, there won’t be a set figure for these without some serious company-wide analysis, so we’re going to cover it in relatively simple terms.

First, find out and itemize the benefits of your investment. You can do this by tallying the hours saved in testing by automation, the money saved in not paying people to run manual tests, or other avoidable expenses such as bug fixes that would likely have needed post-release work to address if the automated tests hadn’t picked them up.

Then, take a look at the cost of building the automation suite, whether bought or designed on-site, how much longer it will take to automate the rest of your automatable tests, and what sort of maintenance these tests will need.

Remember, software challenges change over time, and your automated tests will need to keep up, so as fast as they are, they won’t be suitable for every case forever. In addition, adjustments and maintenance add up as costs to factor these in.

Get some numbers for each of these inputs, and then use the basic ROI formula to figure out your final value:

And there, you’ll have a percentage value for your ROI. To put this into context, let’s design a simple example. Let’s say you establish your financial costs of setting up a specific test case for automation. The costs are $500. You establish that once this is done, you’ll save the day’s work for three engineers over the week, amounting to $2000. The calculation then becomes:

This exaggerated example shows that it’s probably a good idea to automate these tests as soon as possible. Still, in reality, the calculations will be a little more complicated than this. Still, this gives an idea of how to use a test automation ROI calculator.

If your numbers come out lower than you expected, there are ways you can boost the ROI on test automation. Let’s take a look at some of those now.

Boosting the ROI on your test automation is about setting expectations in alignment with what’s realistically possible. As we mentioned, automation isn’t a magical solution to all your testing needs, and some things are better done manually. So the first method of improving your ROI is:

Ultimately, using the test automation ROI metrics mentioned before, you should be able to identify the right places to automate and, importantly, where not to. From here, fine-tune the process and avoid high-maintenance tests that will tank your ROI.

Once you know the ROI of any test automation, you’ll have a good idea of whether it’s worth the investment. Remember, tests aren’t applicable forever, and each will have its best before the date. Still, many automated tests provide an immediate ROI that makes them well worth implementing.