Why SaaS Testing is Crucial & How to Better Test SaaS Products

Why SaaS Testing is Crucial & How to Better Test SaaS Products 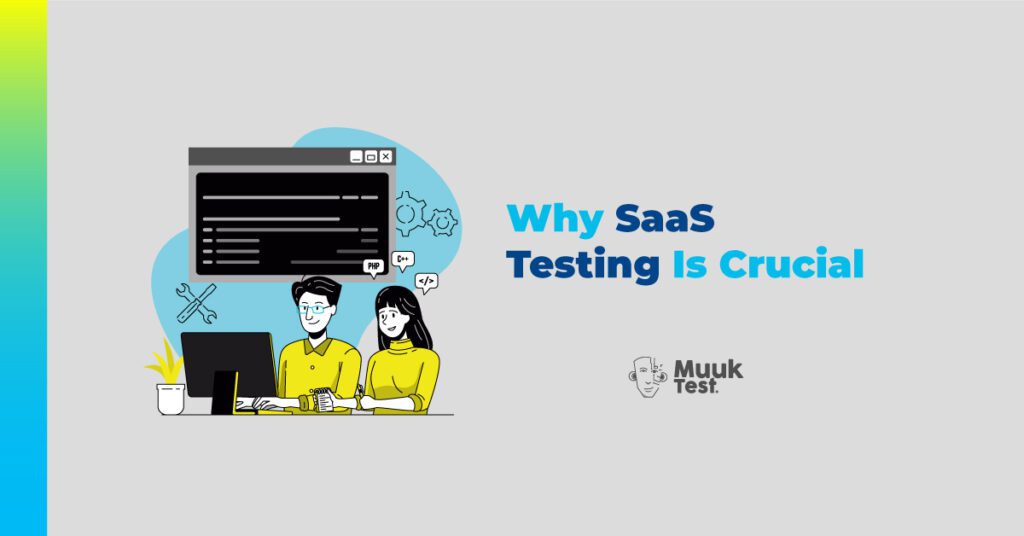 SaaS customers are essentially paying for the convenience of using a vendor’s software without the responsibility of maintaining it. Essentially, what this means for developers is that they need to be very much on point when it comes to designing, developing, and maintaining the products they’re selling.

In order to produce high-quality software in short amounts of time, every efficiency needs to be implemented, and with SaaS testing being one of the most time-consuming elements of product development, this means addressing it as it comes and testing as early and as often as possible.

Testing like this comes with countless perks. Some are clear from the start, and others are slightly more subtle. We will look at both and how SaaS testing overcomes challenges arising in software as a service development.

The Obvious Benefits of SaaS Testing

The motivations for testing, especially in SaaS products, reflect the benefits it provides. If you ask any developer, you’ll be given numerous answers about why testing is so important. These answers will almost always include:

So, testing in SaaS brings these benefits to your software, which seem pretty important. Yet, testers commonly cut corners or procrastinate when testing because of its reputation for being difficult. If this happens among a team you’re involved in, it might be worth pointing out some of the slightly more hidden benefits of testing your SaaS product.

When you or someone in your team is struggling to stay motivated, consider that along with the obvious benefits of SaaS testing, there are several reasons why avoiding it will come back to bite you in the future.

SaaS testing comes with more subtle importance too, and in a competitive industry is critical to provide software as a service. But how does testing happen?

SaaS products go through a series of steps in their development, and testing adjusts its approach as needed. The types of testing are generally determined by the state of the software components and where they are along the developmental process. As a result, it’s possible to break down the entire development into three major phases, separated by the kinds of tests prioritized at each phase.

This is a brief overview, and there are multiple subdivisions and categories of testing that will show up at different stages and in different orders of priority throughout the development. However, breaking it down like this makes it easy to see why testing throughout development is so critical.

Multiple challenges arise in SaaS development, with which testers have to keep up. This agile process leads us neatly to some of the best practices in SaaS testing.

Many of the challenges and best practices for SaaS testing are one in the same. The best practices are ones that react in response to challenges, to overcome them as they arrive. These can be broken down into the following:

Every build will throw up unique challenges, but testing SaaS applications with a robust testing methodology means that testers should rarely be blamed for a delay in the time to launch.

There’s no ignoring it; SaaS testing is crucial to developing a reliable and quality product and necessary for any company wishing to compete in a busy market. The benefits aren’t always immediately apparent, but after brief consideration, they should be impossible to argue against.

To stay on top of the development process, relevant testing at every stage is critical. Doing this makes it possible to stay on top of challenges and keep promises to the customer to provide them with a trustworthy product.